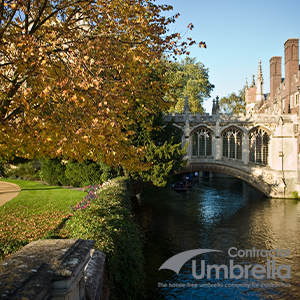 Cambridge has overtaken Swindon and is now the top city in the country to find a job, closely followed by Oxford.

The latest research, compiled by job search engine Adzuna, revealed that there are now 25 jobs to every jobseeker in Cambridge, with this surge in hiring thought to be mainly due to a boom in the IT sector.

There are currently 1,320 IT vacancies advertised in Cambridge with two of the city’s top five employers within this field.

According to the report, the hardest five cities to find a job is Hull, Sunderland, Middlesbrough, Bradford and Salford.

Andrew Hunter, co-founder of Adzuna, commented, “Choosing where to start your job search can have a huge impact on both how easy it is to get a job and your potential pay-packet. The sizeable salaries on offer in Cambridge are £8.5k larger than in Hull. In fact, all of the top 5 cities to find a job currently sit in the South, with cities like Hull and Sunderland continuing to play catch-up with their Southern counterparts. And with up to 25x more jobs on offer than people to fill them, jobhunters in these top areas are in a great position to negotiate on pay, perks and holiday packages – something for the Class of 2019 to bear in mind after graduation.

“Drilling into the detail, innovation and new technologies are driving this divide in jobseeker competition. The last few years have seen an explosion of tech jobs created in cities like Cambridge and Oxford, as well as steady growth along the M4 corridor in tech stalwarts Swindon and Reading. The general trend is one of improvement across the whole of the UK, with employment levels at record highs, it’s just that cities like Cambridge and Oxford have grown at a far faster rate than the rest.”