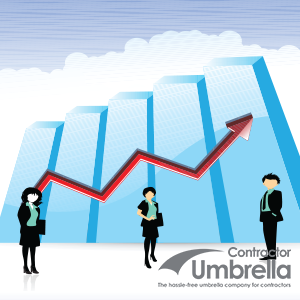 A recent report has revealed that contract/temp billings are on the rise, despite uncertainty regarding hiring and staff availability.

The latest REC and KPMG UK Report on Jobs, compiled by IHS Markit from responses of around 400 UK recruitment and employment consultancies, found that the number of people placed into permanent job roles remained unchanged in February, following a slight fall at the start of the year.

However, in contrast, contract/temp billings increased at a much faster pace.

Not only that, but low candidate availability seems to have benefitted contractors, with reports of strong increases in rates of pay.

Looking at a regional analysis, renewed increases in contract/temp billings were seen in London and the North of England, while growth was sustained in the Midlands and the South of England.

The nursing/medical/care sector topped the rankings for contract/temp staff demand midway through the first quarter. Vacancies also grew across the other categories monitored by the survey, with the exception of retail.

Neil Carberry, REC chief executive, commented, “The resilience of employers and the British jobs market shines through in today’s Report on Jobs. While numbers are clearly weaker than we have seen over the past few years, the survey suggests businesses are ready to create jobs if the investment environment is right. Recruiters are playing a crucial role in helping their clients fill gaps.

“As we draw closer to Brexit day, uncertainty and concern has grown, putting the sustainability of positive jobs news at risk. Firms are looking for politicians to find a solution to the current deadlock that gives them the certainty they need to invest and create jobs.”

Wondering what your take home pay could be working through ContractorUmbrella, please call us on 01206 591 000 or email info@contractorumbrella.com.