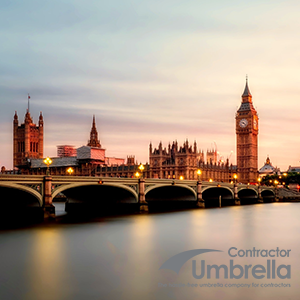 Contractors are feeling extremely concerned when it comes to government policy and the negative impact it will have on business.

This is according to a new report compiled by the Association of Independent Professionals and the Self-Employed (IPSE) and PeoplePerHour (PPH), with contractors expecting government policy to drive their business and the economy into decline over the next year.

This quarter, while there was widespread speculation about Budget announcements that would harm the self-employed, contractors’ confidence in their annual business performance dropped nine points, sliding into negative territory.

Their confidence in the wider economy – which was already in negative territory – fell another two points to near-record lows.

Average day rates among associate professional and technical contractors increased. Most (67%) also believe they will recover some of the recent losses in day rates over the coming year, with an average expected increase of eight per cent.

Suneeta Johal, IPSE’s Head of Research, Education and Training, commented, “There is no doubt freelancers have suffered from a cocktail of woes this quarter. And many place the blame squarely at the feet of government policy. From the figures, it looks almost certain freelancers’ confidence took a hit because they believed the government would be pushing the disastrous changes to IR35 into the private sector. And they were proved right.

“Now, as we prepare for a new post-Brexit Britain, the government should be boosting the economy and ensuring it is firing on all cylinders. Instead, its Budget measures are driving one of our most productive sectors into decline. Unless the government wants confidence – and performance – across the freelance sector to drop further, it must scrap the plan to extend the changes to IR35 into the private sector and secure a Brexit deal that works for the self-employed.”

Xenios Thrasyvoulou, founder and CEO of PeoplePerHour, added, “It is positive to see the earnings for some sectors of freelancing increasing over the quarter. Freelancers also project an average of eight per cent increase in day rates into the year ahead.

“However, the government has a lot to answer for when it comes to freelancer confidence and the uncertainty they are feeling going into 2019. More clarity and support for the self-employed is a must to increase confidence and productivity for this important sector of the UK economy.”

The Association of Independent Professionals and the Self-Employed (IPSE) has said that their latest Confidence Index shows several concerning trends ...

Contractors’ earnings see a significant drop due to pandemic

The pandemic has resulted in contractors’ average quarterly earnings dropping to the lowest level on record. This is according to the ...

Latest findings have shown that self-employed confidence in the economy is the lowest on record, however, as a direct result ...