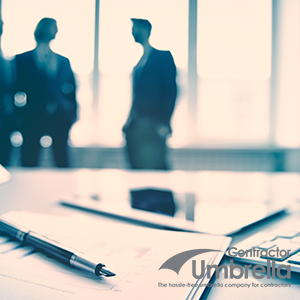 The Times has recently released an article warning contractors who engage with tax avoidance schemes, that they will be hit with an enormous tax bill due to HMRC’s looming controversial loan charge.

Contractors who are involved in such disguised remuneration schemes have until 30thSeptember 2018 to contact HMRC to seek a settlement, or face very significant financial penalties.

“Changes to IR35 legislation in 2017 means that public sector hirers are responsible for determining the IR35 status of their contractors. As a direct result of this change, many contractors:

“There are now a number of schemes that are aggressively targeting professional contractors in the public sector to sell their product of higher take-home pay. They “work” by paying a small portion of your earnings via PAYE and then disguising the remaining larger part of your income as something else, often an offshore loan. Most of these schemes are illegal.

“Although these companies are suggesting they can reduce your tax and NICs, in reality you are still liable to pay those.  By using such a scheme you put yourself at significant personal financial risk. HMRC will usually backdate any charge for unpaid taxes to the date that you signed up to the scheme, and once fines and interest is added then your total tax bill will be extremely large.

“I would urge no-one to sign up to any of these schemes!

– Don’t believe anything that they tell you.
– Just because they state they are compliant with HMRC, that does not mean that they are.
– Avoid anything stating “HMRC Approved” as HMRC does NOT approve anything
– They will lie in order to entice you to their scheme.
– They will not support you if HMRC investigates.
– They are deliberately and aggressively targeting susceptible workers who have had their income reduced as a result of tax changes in the public sector

“Sometimes these schemes label themselves as “umbrella”, but they are not umbrellas at all, and they are bringing this important sector into disrepute. A true umbrella employs the worker whilst giving them flexibility to work for numerous end-hirers – so the worker has an umbrella of employment benefits and rights that they take with them wherever they work. Crucially, an umbrella will always pay 100% of your gross pay through RTI payroll.