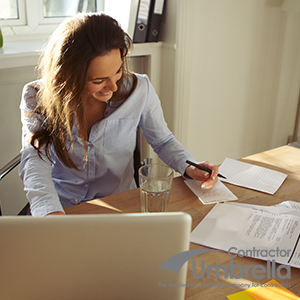 A recent report has revealed that there has been a significant rise in the number of female IT professionals joining the contracting sector.

Interestingly, the findings also show that the number of self-employed IT professionals is rising at a much faster rate than their permanent counterparts. For example, the number of IT contractors increased by 4.5% over the past year, from 119,568 to 125,012, compared to a 3.9% increase in the number of IT employees, from 675,000 to 701,000.

Derek Kelly, Chief Executive Officer of Nixon Williams, said, “The increase in the proportion of the IT workforce operating as contractors has been driven by demand from both IT professionals and the end users of their skills. The shift in the composition of the IT workforce since the financial crisis is doubly remarkable because much of the change is due to an influx of women into contracting.”

“Contracting has always been regarded as riskier than employment, but that perception has changed with the emergence of the gig economy and the erosion of employee rights and benefits. Freelancing increasingly is seen as a career as much as a lifestyle choice. In areas which suffer from chronic skills shortages, such as IT and engineering, many contractors are rarely out of work, and higher levels of pay generally more than compensate for any gaps between contracts.”

He added, “The current economic uncertainty is making the use of contractors increasingly attractive to organisations. With future demand so hard to predict many organisations are deferring hiring decisions and turning to contractors to provide additional capacity.”