Job creation on the up in manufacturing sector 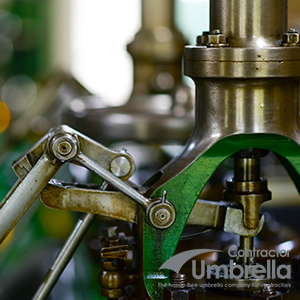 Umbrella company contractors working within the manufacturing sector will be pleased to learn that UK job creation in the industry is growing.

The latest IHS Markit/CIPS UK Manufacturing Purchasing Managers’ Index (PMI), revealed that despite the upturn in the UK manufacturing sector slowing further during February, employment rose for the 19th consecutive month, with the rate of expansion the second-fastest since mid-2014.

Data also showed that UK manufacturers’ outlook remained positive, with almost 56% of companies predicting that output would be higher in a year’s time, compared to only 6% expecting a decline.

Rob Dobson, Director at IHS Markit, which compiles the survey, commented, “The February survey provided mixed signals on the health of the UK manufacturing sector.

“However, positive news was provided by other survey indicators that are suggesting output growth may revive in the coming months. New orders showed the largest monthly gain since November and are outpacing the rate of growth in output to one of the greatest extents in more than a decade. Stocks of finished goods fell, raising the forward looking new orders to inventory ratio, while companies remained sufficiently confident in the outlook to take on more staff.”

Duncan Brock, Director of Customer Relationships at the Chartered Institute of Procurement & Supply, added, “The biggest news in February was that despite the limited output, employment levels rose at the second fastest rate since the middle of 2014, fuelled largely by optimism from respondents that things would get better. Indeed, the continued rise in export orders and an uplift in new orders from the domestic market provided evidence that the foundations for continued growth were still buoyant.

“The concern however, will be whether the hard won gains over these last few months will continue to wither away. If supply chains are still challenged, rising costs for manufacturers are cascaded to consumers and Brexit uncertainty returns, the manufacturing sector may not have the fuel necessary to power itself into a winning position towards the end of the first quarter.”