Job creation up in construction sector 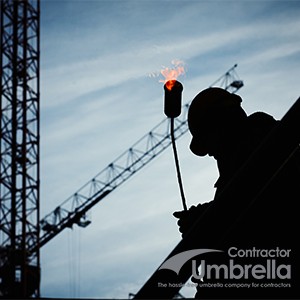 According to April’s IHS Markit/CIPS UK Construction Purchasing Managers’ Index (PMI), residential work was by far the best performing category of construction activity, with the rate of growth reaching its strongest in 12 months.

The report indicated that construction firms are relatively upbeat about the 12-month business outlook, with the degree of confidence the strongest recorded since May 2017.

Contractors working within the sector will also be pleased to learn that hiring numbers increased for the twenty-first month running.

Tim Moore, Associate Director at IHS Markit and author of the IHS Markit/CIPS Construction PMI, commented, “A rebound in construction activity was pretty well inevitable after snowfall resulted in severe disruptions on site during March. House building led the way, with growth in April among the strongest seen over the past two-and-a-half years. However, the picture was less positive in other areas of construction, with commercial building and civil engineering work rising only marginally.”

Duncan Brock, Group Director at the Chartered Institute of Procurement & Supply, added, “April’s data provides some relief after last month’s weather disruption, especially for the housing sector after a lacklustre few months. However, economic uncertainty and Brexit-related indecision continue to lurk beneath the surface as obstacles to the construction sector’s stability.

“There were some positives reported by construction firms in April as optimism rose to its highest level since May 2017 and an increase in workforces was reported in anticipation of a better second quarter of the year. What the sector needs now is more widespread client confidence and big ticket projects to follow suit. House building at least seems to be moving in the right direction, and by achieving its fastest rate of growth since May 2017 it has gone from a laggard to a construction leader again.”

By Amelia Bowlzer Published on 07th May 2018