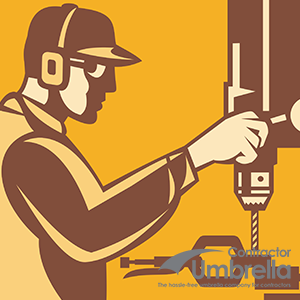 Latest data revealed a mild improvement in the performance of the UK manufacturing sector at the end of Q3.

UK manufacturing production rose for the twenty-sixth successive month in September, with the rate of increase rising to a four-month high.

As a result, UK manufacturing employment also grew at the end of the third quarter and according to the report, the latest rise in staffing levels reflected efforts to meet the dual needs of work on new and existing contracts. Backlogs of work fell for the ninth successive month.

Business optimism rose in September, with over 53% of companies expecting production to increase over the next 12 months.

“Although total exports rose, exports of goods used as inputs by other manufacturers fell for the third straight month, ending the worst quarter for over three years for such exporters, suggesting that foreign companies may be sourcing less from UK-based component suppliers.”

Duncan Brock, Group Director at the Chartered Institute of Procurement & Supply, added, “Manufacturing remained calm and carried on this month with a barely perceptible rise in overall production, but feeling more positive than in the last three months.

“With the highest output for four months and in spite of growth in purchasing activity easing to an 18-month low, this small rise in new orders and productivity contributed to the sector holding steady.

“On the jobs front, corporates and SMEs demonstrated differing views about the near-term. Larger companies shed jobs but smaller businesses took on staff to improve their operating capacity. Similarly as some companies were improving their stock levels to ensure supply was assured during the Brexit countdown and to beat future price increases, others were reducing stock levels in anticipation of a decrease in opportunity in spring 2019.”

Limited or Umbrella? If you are unsure which route would suit you better, please give us a call on 01206 591 000 or email info@contractorumbrella.com to discuss your options.