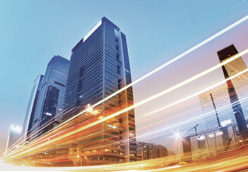 Umbrella company contractors working within the manufacturing industry will be pleased to learn that recent data has shown solid growth for the sector.

The IHS Markit/CIPS UK Manufacturing Purchasing Managers’ Index (PMI) revealed that the sector continued to expand at a solid rate during September, with production and new orders both rising at above long-run average rates. However, the latest survey signalled that cost inflationary pressures surged higher.

Overall, the outlook for the manufacturing sector remained positive, with September seeing over 51% of companies report they expect production to rise over the coming year, which could be one of the reasons behind further job creation at manufacturers.

Rob Dobson, Director at IHS Markit, which compiles the survey, commented, “The latest PMI survey showed a modest deceleration in the rates of expansion in UK manufacturing production and new orders. Although it looks as if the sector made solid progress through the third quarter as a whole, the growth slowdown in September is a further sign that momentum is being lost across the broader UK economy.

“On balance, the continued solid progress of manufacturing and export growth is unlikely to offset concerns about a wider economic slowdown, but the upward march of price pressures will add to expectations that the Bank of England may soon decide that the inflation outlook warrants a rate hike.”