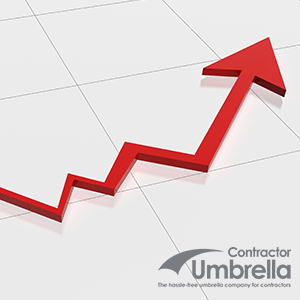 Latest Office for National Statistics data has revealed that the UK’s record jobs market continued into 2019 with 473,000 more people in work compared to last year.

According to the report, the number of contract/temp workers increased slightly by 0.2% year-on-year to a total of 1.55 million.

Recruitment & Employment Confederation (REC) chief executive Neil Carberry commented on the figures, “Today’s figures demonstrate the continued strength of the UK labour market, with recruiters helping firms hire the right staff for them to prosper amidst pressing skills shortages. But they need a Brexit deal that helps maintain and enhance this strong performance, rather than gambling with it.

“Uncertainty is threatening to jeopardise this healthy position, with 4 out of 5 recruiters polled by the REC saying that no-deal would have a negative effect on the jobs market.

“As business confidence drops, the political establishment needs to find a solution that can help protect people’s jobs and livelihoods.”

Minister of State for Employment Alok Sharma welcomed the ONS figures, which also showed unemployment falling below 4% for the first time since the mid-1970’s.

She said, “Today’s employment figures are further evidence of the strong economy the Chancellor detailed in last week’s spring statement, showing how our pro-business policies are delivering record employment.

“Our jobs market remains resilient as we see more people than ever before benefitting from earning a wage. By backing the government’s Brexit deal and giving certainty to business, MPs have the chance to safeguard this jobs track record.”

Wondering what your take home pay could be working through ContractorUmbrella, please call us on 01206 591 000 or email info@contractorumbrella.com.