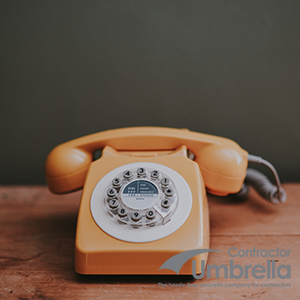 Those with a landline phone are being urged to be cautious, as a latest scam involves criminals pretending to be the tax authority.

Although efforts to crack down on both email and SMS phishing scams is improving, HMRC has said that fraudsters are now turning to more traditional methods of cold-calling publicly available phone numbers to steal money from taxpayers.

HMRC received more than 60,000 reports of phone scams in six months up to January 2019. This is an increase of 360% compared to the six months before this – these phone scams often target the elderly and vulnerable using HMRC’s brand as it is well known and adds credibility to a fraudster’s call.

Financial Secretary to the Treasury, Mel Stride MP, said, “We have taken major steps to crackdown on text and email phishing scams leaving fraudsters no choice but to try and con taxpayers over the phone.

“If you receive a suspicious call to your landline from someone purporting to be from HMRC which threatens legal action, to put you in jail, or payment using vouchers: hang up and report it to HMRC who can work to take them off the network.”

Head of Action Fraud, Pauline Smith, added, “Fraudsters will call your landline claiming to be from reputable organisations such as HMRC. Contact like this is designed to convince you to hand over valuable personal details or your money.

“Don’t assume anyone who calls you is who they say they are. If a person calls and asks you to make a payment, log in to an online account or offers you a deal, be cautious and seek advice.”

It’s vital to know that the tax authority will only ever call you asking for payment on a debt that you are already aware of, either having received a letter about it, or after you’ve told them that you owe some tax, for example through a self-assessment return.

With HMRC responding to more than 1,154,300 referrals of suspicious contact from the public, they’re urging people to be vigilant ...

Students urged to be wary of tax scams

HM Revenue and Customs is warning that university students taking on part-time jobs are at increased risk of falling for ...

HMRC is calling on universities to warn their students, particularly freshers with their limited experience of the tax system, that ...