Ditching the boss is top reason for people becoming self-employed

By Amelia Bowlzer Published on 23rd May 2018 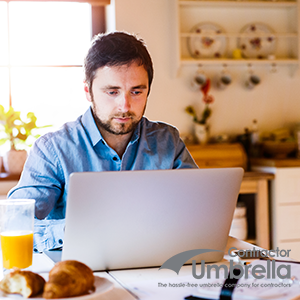 A recent survey has revealed that ditching the boss is the main reason for many people joining the self-employed sector.

According to latest findings from AXA Business Insurance, 78% of people who aim to go freelance in the next year named ‘being their own boss’ their top motivation – by comparison, just 46% seek more money and 66% a better work-life balance.

Of those who are already self-employed, just 16% said that their clients are more ‘difficult’ to deal with than their old bosses; although, they do prove more intrusive with two thirds of freelancers saying their clients show no respect for ‘working hours’, expecting emails and calls answered in the evenings, during holidays and weekends.

Interestingly, the happiest age to become self-employed is in the late thirties and early forties, with an overwhelming 93% of people in this age group saying their life has improved as a result.

Gareth Howell, Managing Director, AXA Insurance, commented on the recent findings, “Some people are attracted to self-employment as a route out of a damaging workplace situation. Whatever your motivation, timing is crucial to success or failure in self-employment. It’s a fine art recognising when you’re ready: mentally strong enough, financially able and enthused enough. We know people often suffer loneliness, fears of inadequacy, money worries and long hours when the first start up, so you do need to be battle ready.”

“I don’t think we need to bash bosses too much though: most people aren’t talking about escape, more about simply reaching a point where they’ve outgrown their workplace, bosses included.”